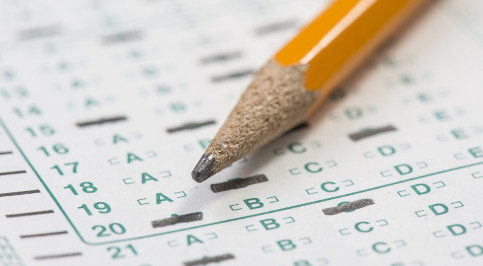 Schools chose to buy out a teacher instead of pressing charges. Photo: Shutterstock

All police reports against the man have been dropped, and instead his employer has paid nearly one million kronor ($149,326) to make him leave the school. Since 2006 the man has been bought out from multiple municipalities in Skåne, southern Sweden.

Sweden's School Inspectorate (Skolinspektionen) has looked over the reports and concluded that the man is "unsuited to practice". The inspectorate has now contacted the Teachers' Disciplinary Board (Lärarnas ansvarsnämnd) and recommended that his teaching license be revoked.

"To support our demand, we cite testimonials from seven principals who have expressed that this person is not suited to work with children," Marie Axelsson of the school inspectorate told regional newspaper Sydsvenskan.

In preliminary investigations a large number of children reported that the teacher had touched them and pressed his body against them. The man has also allegedly hit a boy with a ruler and touched a girl's breasts, the newspaper reported.

When applying for jobs at schools in Malmö and Lund, the man reportedly withheld information about his previous experience.

Lars Dirke, chairman of the disciplinary board, said that the issue will likely be decided in September.

"The teacher will have a chance to respond, and we will see if any additional information emerges," he told news agency TT.