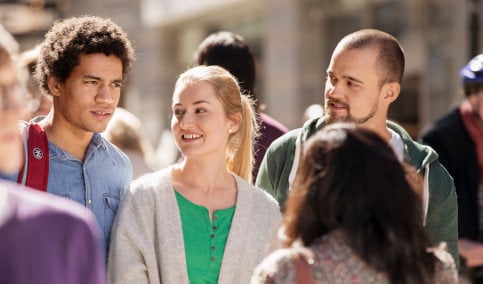 The Good Country Index is a new survey which analyzes data from the UN, the World Bank, and various other NGOs and international organizations to determine which countries contribute the most to humanity.

"The idea of the Good Country Index is pretty simple," the website reads. "To measure what each country on earth contributes to the common good of humanity, and what it takes away."

The first edition of the report was released late on Monday night, and concluded that Sweden ranked sixth when it came to doing good.

The results were based on 35 types of data from 125 different countries, including factors such as number of Nobel Prize winners, refugees granted asylum, UN treaties signed, humanitarian aid donations, creative exports and freedom of the press.

The data was then categorized into scores for seven different areas: science and technology, culture, international peace and security, world order, planet and climate, prosperity and equality, and, finally, health and well-being.

Sweden came in third place for contributions to the planet and climate, and fourth for prosperity and equality.

The country scored in the top ten in most categories, and came in 14th place in culture. By far Sweden's lowest score was found in international peace and security, where the country ranked 111th out of the 125 nations.

The Nordic region in general was ranked higher than any other region in the world. Neighbours Norway and Denmark were ranked eighth and ninth, respectively, and Finland was hot on Ireland's tail in second place.

The index and concept were developed by Simon Anholt, an independent policy advisor from England.