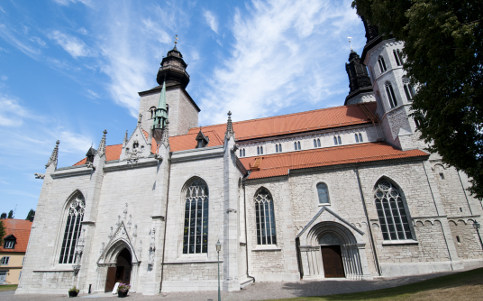 Once a year the political parties of Sweden gather on the island of Gotland for a week of conferences and debates, during the prestigious Almedalen Week (Almedalsveckan). This year that includes the neo-Nazi Party of the Swedes (Svenskarnas parti, SVP).

The party has planned a meeting on Saturday, June 29th, the first day of Almedalen Week. And not everyone appreciates their presence.

Upon hearing of the neo-Nazis' plans, a few people decided to hold a demonstration "for compassion" at the exact same time. On Saturday a multicultural picnic will be held at Östergravar outside the city of Visby, and the church bells will ring.

"It's not a demonstration against anything," Mats Hermansson of the Visby cathedral parish told news agency TT. "It's a demonstration for diversity, love, and democracy, and for everyone's equal worth."

At a recent planning meeting for the picnic, representatives from most parties were present, from the Left Party to the Moderate Party.

Hermansson said that the church bells will ring during the neo-Nazi meeting for two reasons.

"The first is that the cathedral is exultantly happy to stand up for diversity. The second is that the bells ring when danger is imminent. Forces which threaten society and humanity are speaking out today in the public sphere."

Church bells in Jönköping rang on May 1st for the first time since World War II, warning of a neo-Nazi demonstration in the city. The church's actions were both praised and reported to the police.