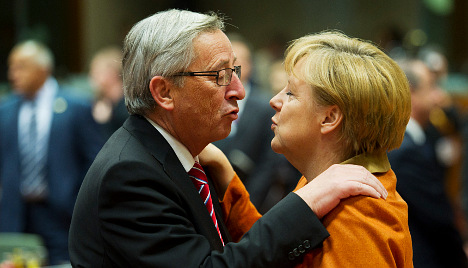 Juncker's candidacy for the EU Commission presidency was given a boost earlier in the week as Sweden announced it could back his bid.

Swedish Prime Minister Fredrik Reinfeldt said on Friday that he still thinks the new election process is "the wrong way to do this", but that the country will back Juncker.

Sweden's support for Juncker leaves British Prime Minister David Cameron — who is opposed to the appointment — increasingly isolated ahead of an EU summit that is expected to be marked by a conflict over the key position.

"If Jean-Claude Juncker attracts a qualified majority of heads of state and government and also has the support of the European Parliament, then the Lisbon Treaty rules have been followed and the government recommends that Sweden joins this majority," Swedish Prime Minister Fredrik Reinfeldt told his parliament's EU committee on Wednesday, according to news agency TT.

Cameron has led a campaign against Juncker, who is seen as a federalist not representing Britain's interests — and has pledged to force the issue to a formal vote at the summit which traditionally makes important decisions by consensus.

But in recent days, it appeared that what little support he had was crumbling.

Reinfeldt had been considered an important ally having criticized the European Parliament's attempt to put forward Juncker as the winning candidate under new EU rules that give the parliament a bigger say.

"We do not support the idea because it would make it impossible for any other candidate and rule out a lot of potential commission presidents," Reinfeldt told the Financial Times two weeks ago.

When Reinfeldt played host to Cameron, German Chancellor Angela Merkel and Prime Minister Mark Rutte of the Netherlands at a mini-summit in Sweden on June 10th, his position appeared to be closer to Cameron than to the pro-Juncker German leader.

But despite taking a step back from cooperation with Cameron, Reinfeldt added on Friday that the UK "has friends in the EU".

A European Council summit in Brussels on Friday is scheduled to approve a candidate for the presidency of the European Commission.

Juncker, 59, is a former prime minister of Luxembourg and has the backing of the European Parliament's largest groups, as well as a growing number of member states from both sides of the left-right divide.

Under EU rules the European Parliament has to be taken into account in the appointment of the Commission president and when the conservative EPP group won the most seats at the May European election the group argued their candidate Jean-Claude Juncker should be nominated.

The parliament also has the power to reject a candidate put forward by member states as it gives the final approval to the appointment.

Britain now faces the unusual prospect in the EU of being beaten in an embarrassing high-level vote which threatens to mar relations between the country and the 28-nation bloc ahead of a referendum on British membership which Cameron has promised to hold by 2017. 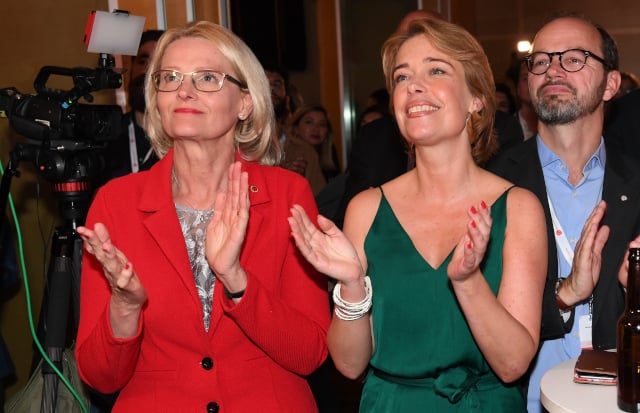 EU ELECTIONS
What EU citizens living outside their country need to know about voting in local elections
Url copied to clipboard!