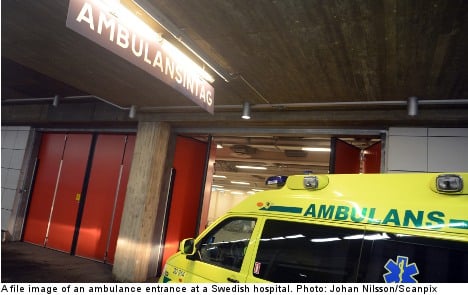 Police were alarmed to the scene in Vallby, central Sweden, at 7:15pm on Sunday night.

A minivan had attempted to pass another car on the road, but instead started rolling, newspaper Aftonbladet reported.

Two of the children in the car, aged four and six, were seriously injured when the vehicle somersaulted. Their condition is stable. The rest of the family was uninjured but was taken to the hospital for observation.

The accident halted traffic in the area completely until 9pm.