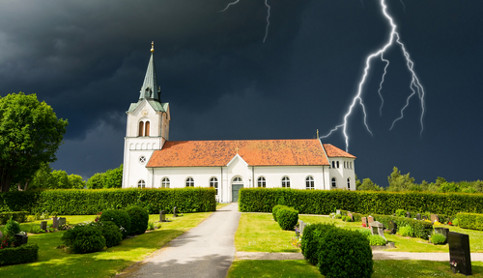 It's been a cruel, cruel summer in Sweden, as they say. In other words, it's been cold.

But never fear. The sun is set to return on Wednesday – barring any foul thunderstorm play.

The first weekend in July may be a good one, with much more sun and warmth than Swedes have gotten accustomed to over the past few weeks.

Temperatures should reach 18C in Stockholm on Wednesday as the sun finally shrugs off its cloudy shroud.

There may be some solar hide-and-seek for a few days following, and Thursday may see a bit more rain. But temperatures and sunshine should stabilize this weekend, with temperatures up to 25C between Saturday and Monday in many parts of the country. Temperatures will hover around 15C in the north of Sweden.

However, meteorologists also warned that thunderstorm season has only just begun. June alone saw just over 44,000 lightning strikes in Sweden, and a few people were seriously injured at Bråvalla Festival last week when lightning hit the camp.

"Avoid being at the highest point. The safest place is indoors," SMHI meteorologist Marcus Sjöstedt told news agency TT. "Be aware of electricity and water, and avoid showering if it's thundering outside."

Emergency services have to address hundreds of fires caused by lightning each year, particularly in holiday houses. They also deal with about 90 outdoor fires every year from lightning.