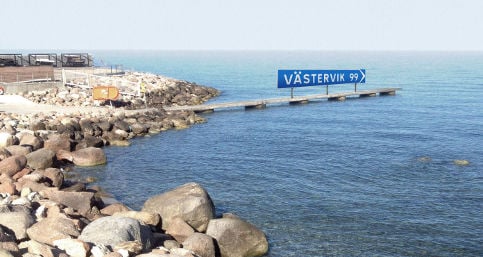 Storms. Sabotage. And now a strike. The reasons are numerable, but regardless of which has had the largest impact, Gotlandsbåten has announced it will be making no trips between Visby and Västervik this summer.

The company will have to pay back approximately 40,000 people who had purchased tickets.

"It is still unclear when the M/V Västervik will be ready for traffic, and it is not possible to keep on waiting," the company said in a statement on Wednesday. "Even if there was a theoretical possibility of beginning operations at the end of the season, the risks are too great, the costs too high, and the season too short."

The new ferry company planned to offer cheap trips from the Swedish mainland to the island of Gotland, but ran into problem after problem. The company's main ship never made it to Sweden, getting stuck first due to bad weather and then thanks to a strike in a Greek harbour. On June 24th owner Pigge Werkelin went to Pireus, Greece to negotiate, but the measure did not help.

The company specified that it is not giving up and will be back in 2015, when the ship is finally in Swedish waters.