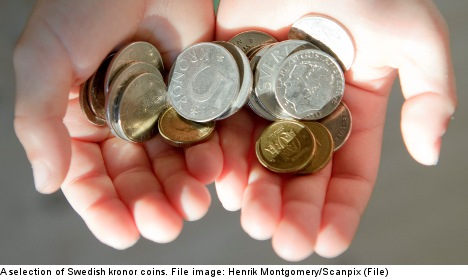 The bank dropped its benchmark repo rate by half a percentage point, more than the expected change.

"Low interest rates increase the risks linked to household indebtedness," the bank stated on Thursday morning. "If no further measures are taken, there is a greater risk that the economy will develop in a manner that is not sustainable in the long run."

"But it's also a signal that it's important to maintain credibility in inflation goals, and that they are admitting to themselves that their inflation and rate predictions have been awry for a long time," Sarwe added. "So now they have made a proper adjustment."

The decrease is good news for those with mortgage loans. Handelsbanken announced that it will also be cutting interest on its short-term mortgage loans by 0.05 points.

The bank's executive board justified the decrease by asserting that inflation in Sweden has been much lower than expected. The target for inflation is 2 percent.

Any increases to the rate, the bank added, were not expected until the end of next year.

The Riksbank cut the rate to 0.75 percent in December last year, and decided to keep the rate at the same level in April.