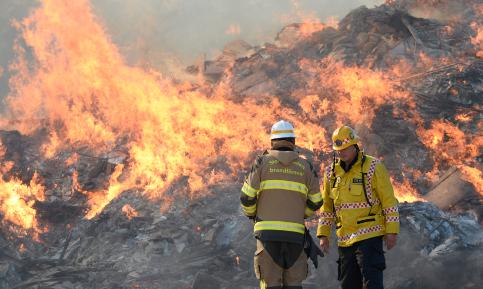 "It's like a bonfire," Roger Sverndal, a Stockholm fireman, told news agency TT.

The pile of filled trash bags is more of a mountain, covering 1,200 square metres in an industrial area of Rågsved, south of Stockholm.

The fire began shortly after 6am. A man previously known to police for car fires has been arrested on suspicion of arson, due to the scale of the fire and its risk for spreading to residential areas. By 8:30am the fire was under control, and emergency services had decided to let the mountain of trash burn itself out – which will take a few days.