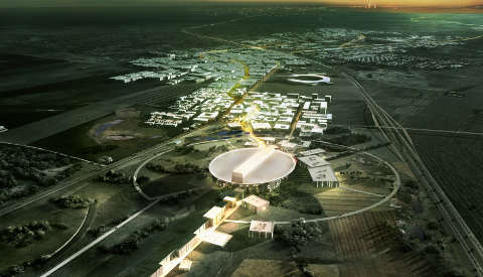 "Yesterday I opened a bottle of champagne. Today is a big day for Swedish research," Björklund said at an Almedalen press conference on Friday.

The cause of celebration was 97.5 percent of funding completed for the ESS, which Björklund said was as good as done.

"More financiers will join. It will be more than enough."

The last large financial negotiations were completed over the last few days, when contributions from Germany were agreed upon.

The ESS aims to be a "leading research facility of unparalleled power and scientific performance for materials and life science with neutrons".  Between 2,000 and 3,000 researchers and scientists from around the world will be able to work at the facility.

At least 17 European countries are taking part in the ESS project. Sweden and Denmark have special roles as hosts, as the actual research facility will be built in Lund, southern Sweden, and the data management centre will be in Copenhagen.

Sweden won the bid to host the ESS in 2009, beating out Hungary and Spain.

The Swedish Environmental Court approved ESS construction plans on June 16th, and permanent construction is expected to begin in the fall. By current estimates the construction will be complete in 2019, and the facility should be fully operational by 2025.