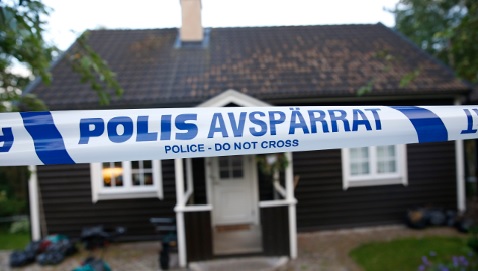 On Thursday evening police were called to the scene at a house in Tumba, southern Stockholm. There they found the 55-year-old house-owner dead.

The man lived alone in a house owned by one of his companies, of which he was CEO.

When he died was unclear. Police said he had been alive on Wednesday evening, but he had not been seen that day. Relatives discovered his body late on Thursday afternoon.

Police have knocked on doors in the area and completed a technical investigation of the scene, but came to no conclusions and made no arrests.

"Now we have to wait for the autopsy," Janzén said.