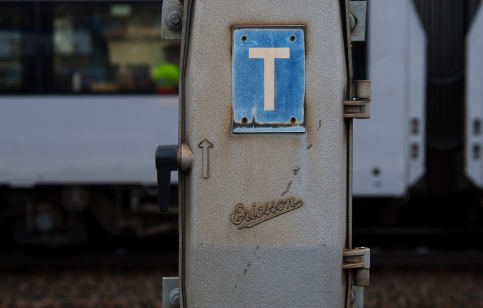 A telephone on the train platform in Falköping. Photo: Anna Hållams/TT

The man and his friends were at a station in Falköping, central Sweden, around 3am on Friday morning. For unclear reasons the 19-year-old climbed onto a stationary freight train.

High voltage electricity from the railway killed the man, leaving him lying on the roof of the train. His friends called police, who turned off the current and concluded shortly thereafter that the man was dead.

"You don't have to touch the cables for the current to hit you," Västra Götaland policeman told local paper Falköpings Tidning. "It's enough to stand a few metres away for an electrical arc to run through you."

The man's family has been notified.

"It's a tragic accident. It happens a few times each year, but people still continue climbing onto trains," Blixter said.