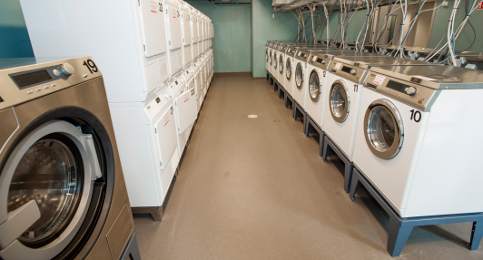 A 45-year-old woman in Märsta, north of Stockholm, entered her apartment building's laundry room around 5pm on Sunday to discover a masked man with a knife hiding behind the door.

"When she opened the door he attacked," policewoman Carin Wetterlöf told newspaper Aftonbladet. "He must have stood and waited."

The masked man allegedly dragged the woman onto the floor and raped her, punching her and cutting her with a knife as well.

"The man had gloves and some sort of mask over his face," Wetterlöf added. "We have classified the attack as aggravated rape."

A neighbour found the woman lying on the floor outside the laundry room and comforted her until the ambulance arrived. The woman was taken to the hospital in severe shock, unable to respond to neighbours' inquiries.

Police have not made any arrests and do not yet have a suspect.