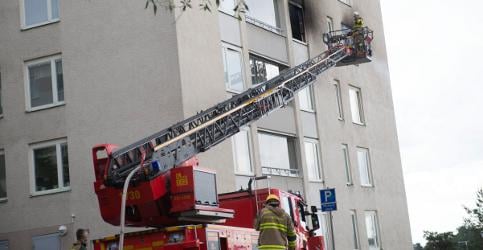 A resident of the apartment block in Gnosjö, central Sweden, notified police that a man was "acting aggressively" in the street.

"He allegedly was agitated, and potentially hurt someone as well," Jönköping policeman Klas Ottosson told news agency TT. "When we arrived we discovered a fire burning in his apartment."

Police evacuated the building, although the fire was relatively limited and it is likely no one would have been injured.

"But there was apparent danger for the lives and health of others," Ottosson said. "The man has now been arrested on suspicion of arson."