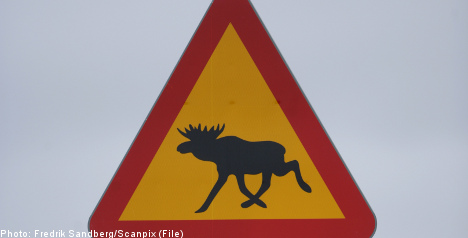 The alarm was raised just after midnight when police received reports of a wild accident in Dalarna.

Two people were in the vehicle which collided with the elk. Both were hurt in the incident but the man's injuries were more severe and he was pronounced dead at the scene.

"There were a couple travelling in the car which collided with an elk and the man perished. The woman was taken to hospital with minor injuries," duty officer Anders Gustavsson told local media.

Last month a woman in central Sweden died after a collision with an elk.