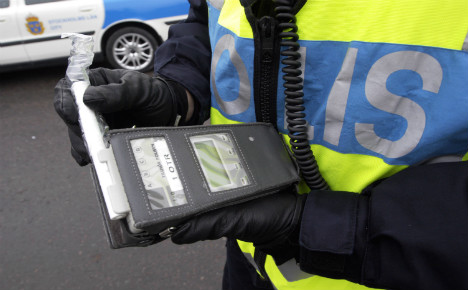 The doctor was on duty on Friday evening at the hospital on Sweden's west coast. Staff notified police that the man appeared to be intoxicated and he took a breath test, which found that there was alcohol in his bloodstream.

"He could also be under the influence of drugs," Björ Blixter, police spokesperson for the Västra Götaland police, told the Expressen GT newspaper which broke the story.

A father was forced to take his eight-month-old daughter to another hospital by ambulance after the drunk doctor wrote out the wrong dosage of medicine for the infant.

"It started when he mistook my daughter for another patient repeatedly. Even though we told him it was the wrong name he just nodded and continued as if it just went in one ear and out the other," the father told GT.

The head doctor at the hospital later apologized to the father and ensured that the girl got the correct prescription. The senior doctor added that the hospital had been in contact with everybody who had been treated by the drunk doctor and stated that nobody had come to harm.

Initial reports stated that the intoxicated doctor had sent several patients home, only for many of them return later in an ambulance. These allegations were rejected by the hospital.

After the positive breathalyser test the doctor was relieved of his duties for the evening. Media reports stated that he had been working in the emergency room for several hours before staff grew suspicious.