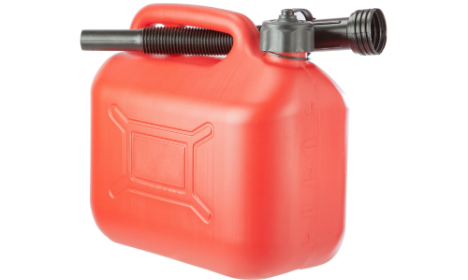 Petrol can photo: Shutterstock
The man was also convicted of embezzling nearly a million kronor from a neighbour.
The arson attacks occurred in Borås in April 2012 and Gothenburg in July 2012 and were classified as aggravated arson and attempted aggravated arson. In both cases the man threw petrol through the letterbox and set it alight.
The woman in Borås and her new husband were rescued by the fire department from a balcony, while in Gothenburg the petrol failed to light. The court heard that the man searched on the internet for news of the attacks.
The man however denied the charges and he was convicted despite the fact that the district court found little forensic evidence tying the man to the women's apartments.
There were however other factors incriminating the man, including the degree of similarity between the cases.
The man had contacted the women through a dating site and had saved a great deal of information about them on hard drives and USB sticks. When the relationships broke up, he became aggressive and made threats. In both cases the arson attacks occurred shortly after the respective relationship ended.
The court furthermore classified the embezzlement as an aggravated offence. The 52-year-old conducted his swindle by misusing a power of attorney entrusted to him by a neighbour to carry out banking transactions.
In October 2012 he transferred 987,000 kronor ($145,000) from the neighbour's account to his own.
During the district court hearing, the man claimed that the money was a gift as thanks for all his help, but this was denied by the neighbour in a police interrogation.
The 52-year-old is also suspected for a 1998 murder in Malmö after a woman died in an apartment fire, but he has not been charged with any offence in connection to the attack.
"The suspicions remain. We still have lines of inquiry which are yet to be completed," said Anna Håkansson, deputy chief prosecutor.
The possible link to the 1998 case was made following the twin arson attacks in 2012. This case also involved a woman who had broken up with the man.