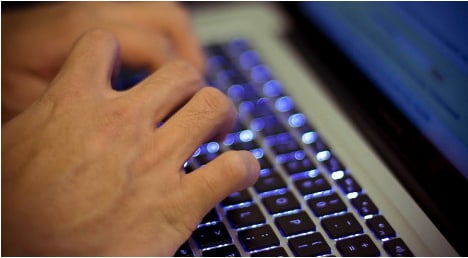 File photo: TT
The investigation began in late May when the first suspect was brought in for questioning and the investigation has now grown to include 15 suspects.
"Overall I have high hopes of getting to the bottom of this. It's a high priority case," said prosecutor Jonas Fjellström to the Länstidningen Östersund (LT) daily.
Twelve of the men, all aged 15-25, are residents of the Östersund area in northern Sweden and all are suspected of statutory rape. The other three, aged in their forties, come from outside the county and are suspected of grooming and attempting to buy sexual services from children.
There are few details available in the case which LT reported is nearing completion. The prosecutor has advised that there are two alleged female victims who are described as "minors".
"We will try to be as open as possible when we press criminal charges," Fjellström said.
The initial suspect was released after questioning but remains of interest to the investigation. Fjellström adjudged that the man's release from custody would not impact the investigation negatively.
"My assessment is that he can't obstruct or ruin the investigation," he told LT.
"I don't think he will return to criminal activities. He has also admitted to what's happened in general, even though he denies the crimes themselves."
The case is the latest in a string of similar cases in recent years and Fjellström warned that Swedes are "completely aware" of the dangers children face on the internet.
"The Internet plays a big part in these potential crimes," he warned.