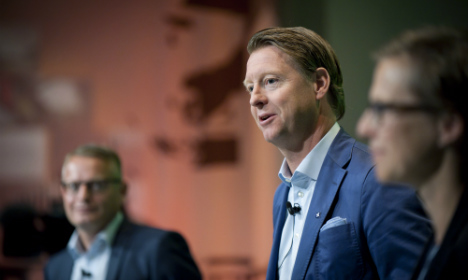 Sales were much stronger than a year ago in India, where they grew 29 percent and the Middle East, up 13 percent, but fell by 29 percent in Sub-Saharan Africa and were down by 11 percent in the Mediterranean area.

Compared to last quarter, sales were up in all regions except India.

"Sales in the quarter year-over-year were driven by growth in the Middle East, China and India, as well as continued capacity business in North America," chief executive hans Vestberg said in a statement.

"Political unrest prevails in parts of the Middle East and Africa and is still impacting sales."

The conflict in Ukraine, however, did not have a negative impact on sales in the region, the group said.

In May, Ericsson announced it had finalised the acquisition of British media services company Red Bee Media, which "has strengthened Ericsson's position in the transforming television and media industry".

Ericsson shares were up by 7.86 percent in mid-afternoon trading on the Stockholm bourse, where the main index was 0.44 percent higher.