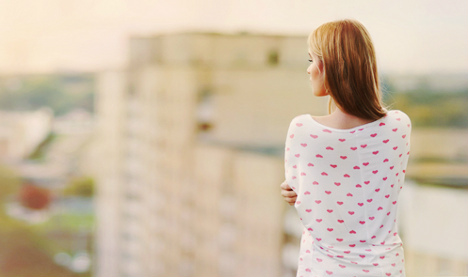 Depression photo: Shutterstock
A brand new government agency could reduce suicides in Sweden, believes representatives of the association Mind and several experts. They also warn that the taboo surrounding the issues can lead to paralysis.
"The taboo should not lead to that the question is avoided and is buried in inquiries without anything really happening. Moreover, the price in human suffering far too high," representatives for the charities wrote in Dagens Nyheter on Sunday.
The Swedish parliament has adopted a zero tolerance for suicide, similar to its stance on road deaths. But Mind and several scientists have joined together to pen the article to call for a new overarching strategy.
They propose that the Public Health Agency (Folkhälsömyndigheten) create a separate department to deal with the issues. If this doesn't work then they want to see to it that politicians consider creating a new government agency.
Both initiatives are suggested with the purpose of reducing the number of suicides, which in Sweden claim some 1,500 people's lives annually – about five times more than in traffic. Some 70 percent of the victims are men.
The high profile zero traffic deaths goal can be used as a catalyst to inspire success when it comes to preventing suicide, according to Mind and the other experts
Minds president Cecilia Modig is among the authors who point out that there is a common misconception that suicide can't be prevented.
The authors also emphasized that strong taboos surrounding suicide risk leading to paralysis of decision-makers.
While, as the authors point out, some 1,500 people do tragically die from suicide in Sweden each year, one of the enduring myths about the country is that this figure is unusually high.
In fact, France, New Zealand, Australia and Germany, among others, all have higher rates of suicide than Sweden, which comes in slightly higher than the USA and Canada.

The long-perpetuated myth of Sweden's high suicide rate is widely accepted to date back to the late 1950s and a speech given by the then US President Dwight D. Eisenhower which had been based on an inaccurate briefing.

The President's speech was intended to paint a negative picture of Sweden, then a country advocating a brand of third-way cradle-to-the-grave socialism and adopting a stance of post-war neutrality outside NATO and US influence.