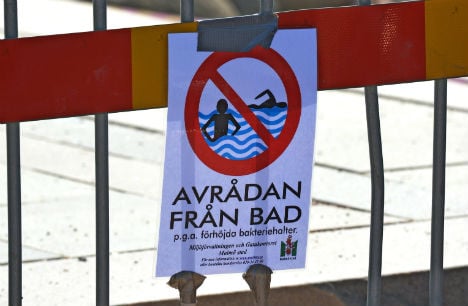 Weather experts at the Swedish Meteorological and Hydrological Institute (SMHI) have played down talk of record temperatures but conceded that much of the country will be basked in sun throughout the week.

In many parts of the country the temperature will be at least 26C with Stockholm expected to edge towards 30C on Thursday.

"But it is high summer heat," Sandra Andersson of SMHI told the TT news agency.

She added; "In some places we are certain to also come into a season record of over 31C but in general the heat will stay below 30C."

Meanwhile, many bathers have forced to grab their towels and go and splash elsewhere in southern Sweden after two of the most popular beaches in Malmö implemented a bathing ban.

Check out the weather for your corner of Sweden
Authorities at the beaches were forced to turn bathers away from the water after discovering high levels of bacteria.

"It happens often and can be related to the heavy rain we had last week that flushed the dirt down into the water," Linda Nordgren, information officer of Malmö city told TT.

Samples will be analysed before bathers are allowed back into the banned Malmö beaches with a decision expected in the coming days. A bathing ban has also been enforced at several beaches in Halland county.