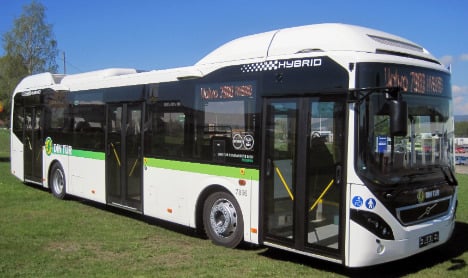 The technology is targeted at electric buses and at buses with twin electric and conventional engines, which would be able to re-charge automatically at bus stops.

The first project for the technology is to provide 12 hybrid buses for the public transport system in Luxembourg by next year.

"The cooperation creates a city-wide standardised charging system for electric and electric hybrid buses that can charge buses quickly through an automatic roof-top connection system at bus stops or through cabled charging systems overnight," ABB said in a statement.

Volvo Buses launched its first hybrid bus in 2009 and has since delivered more than 1,600 of the vehicles to 21 countries.

It says that these vehicles use only a quarter of the diesel used by a conventional diesel-powered bus.

Volvo intends to put its first fully electric bus into operation in the Swedish city of Gothenburg in June next year.

ABB has supplied more than 1,500 rapid electric re-charge systems throughout the world for cars since 2010.