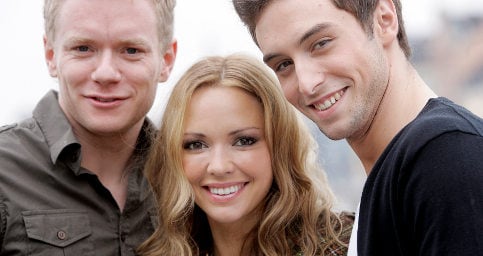 The survey asked 5,000 singles in the Nordic nations who among their neighbours was most attractive. Swedes won – by a long shot. The majority of Norwegians, Danes, and Finns said that Swedish men and women were aesthetically superior.

Countries were not allowed to vote for themselves – leaving the nations' levels of narcissism a mystery. However, it was still clear who won the beauty pageant.

An entire 63 percent of Norwegian women said Swedish men are the most handsome in the Nordics, and 70 percent said their Swedish rivals were the most beautiful women of the north.

Sixty percent of Danish men agreed that Swedish girls were the most beautiful – although they were less inclined to select Swedish men, with only 42 percent ranking them at the top.

Swedes themselves gave the top beauty prize to Norwegians, with 69 percent and 66 percent saying Norwegian women and men were most attractive, respectively. Swedes appeared to be not particularly fond of the Danes, with only 25 percent ranking men at the top and 20 percent favouring the women.

Finland came last in beauty class, with Sweden, Norway, and Denmark giving the nation the absolute lowest marks. Only about ten percent of Swedes thought the Finns were worth flaunting. The survey was a collaborative effort by Match.com and Hotels.com, and surveyed singles registered on Match.com in Sweden, Norway, Denmark, and Finland. Nomadic Nordic nation Iceland was excluded due to lacking a national Match.com site.