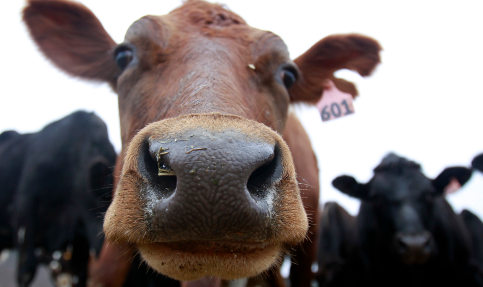 The cow pictured is not the one in the story, and presumably not cranky. Photo: Mike Groll/TT

Two people were hospitalized on Wednesday morning after being assaulted by a pregnant cow in Häljarum, east of Karlskrona. The young cow reportedly headbutted a man, and another was dragged along the ground by the frantic female.

Police received a call about the incident at 7:47am, and were shortly at the farm with an ambulance. The attack has been classified as a workplace accident. The two men, aged 55 and 25, suffered head and neck injuries from the cranky cow.

"The heifer is now on the run," police spokesman Kim Hild said in a statement. "Our patrols have reported that it is loose and easily stressed."

The Skåne region police warned that those who see the mad maverick should not approach or try to pet the cow.

"The cow is about to give birth and is irritable," Hild said.