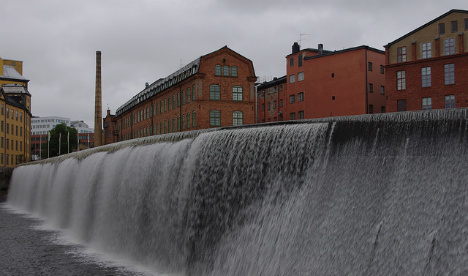 "Some of the buildings have been saved but there is a great deal of damage, both smoke and water damage," said Stefan Hagdahl at the emergency services in Östergötland to the local Nörrköpings Tidning daily.

Up to 14 fire fighters from two fire stations in the city battled the blaze which was reported shortly after 1am on Friday.

The fire ravaged some surrounding buildings. The main mosque building managed to escape damage thanks to the efforts of the fire fighters.

According to Norrköping Islamic Centre the buildings were due to have been rebuilt into a new mosque.

"We hope that this is cleared up as soon as possible so that the project can be continued," the centre wrote in a statement.

The fire services found fires burning at several points in the buildings and it remained unclear on Friday morning as to what had caused the fire.

The police have cordoned off the building and a forensic examination will be conducted on Friday morning.

A preliminary investigation into suspected arson has been opened by the police.