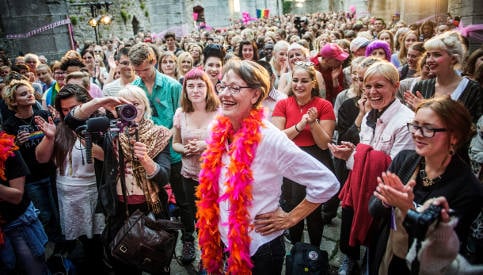 Sweden is the most gender-equal country in the EU – but with elections just five weeks away, feminism and gender equality keep popping up in debates, at political events, and on parties' election posters.

But as a torch-bearer of gender equality, why hasn't feminism become a non-issue in Sweden?

"I think one reason is precisely because Sweden is so equal," Christina Bergqvist, political scientist specializing in gender equality at Uppsala University, told The Local. "There are so many women in powerful positions now that they can raise these issues."

In Sweden 45 percent of parliament members are women – one of the highest numbers in the world – although only about 27 percent of floor leaders are female.

"Even though Sweden is from a comparative perspective very gender-equal, there are still differences between men and women," Bergqvist explained.

"There are still inequalities when it comes to wages, and women do more unpaid work and take more parental leave… But once women get into politics they can bring these issues up."

Although all of the Nordic nations place highly in the ranks of gender equality, Sweden's neighbours have not seemed as focused on feminism lately. Berqvist said that perfectionist Sweden's preoccupation with the issue may simply be due to a different discourse and cultural traditions.

"Political discourse in the Nordic nations look very different, even though the policies are quite similar," she said.

"I don't think that feminism is more accepted in other nations, but there is a different rhetoric. In Denmark for instance there seems to be some resistance to talking about feminism, although the gender equality is quite similar to that of Sweden."

Sweden's feminist party, the Feminist Initiative (Feministiskt initiativ, Fi), has quickly gained support from young voters, increasing its supporters fivefold over the past few years and winning a place in the European Parliament earlier this summer.

However, as the party has no seats in Swedish parliament, it didn't even get to stand on the stage during Almedalen, Sweden's largest political event. But party leader Gudrun Schyman was there anyway, giving a speech from a tiny basement cafe – and people stood outside on the street waiting to get in.

Nearly all of the other party leaders brought up feminism and gender equality at their speeches.

"It is clear that equality is needed not just on the agenda, but in everything we do, from the state budget to the kitchen table," Center Party leader Annie Lööf said in her speech.

Meanwhile, Liberal Party (Folkpartiet) leader Jan Björklund wanted to take back the word feminism from the Fi party, saying that "the liberals have been taking feminist initiatives for over one hundred years."

Indeed, the party's autumn campaign slogan is "Feminism without socialism".

Moderate Party leader Fredrik Reinfeldt did not mention feminism – but the trend continued as his speech was interrupted by bare-breasted Femen protesters.

Bergqvist said she suspected the sudden flood of feminism was spurred by Schyman and Fi.

"Now that the Fi party is gaining support, the other parties have to bring up feminism as well," Bergqvist told The Local. "It's kind of a competition. They have to compete now because gender equality and feminism is clearly an important issue for many voters."

But Berqvist said that a gendered agenda may not be enough to get the party into parliament during elections. Winning a spot in the EU parliament doesn't promise success on the home front, she warned.

"It's one matter when a voter decides who to vote for on the national parliament, and another for the European parliament," Berqvist explained.

"It's easier to vote for something a bit more risky when it's not right at home, when it's in the EU. When voting on the national level most voters go for the safe route, not wanting to waste a vote."

If Fi does get into parliament, Berqvist said, the path may be much smoother from there. Once in, it's generally easier to stay in.

"It is possible that they will get a seat in parliament," Bergqvist speculated after some thought.

"Schyman is quite a popular person and she's very good at explaining things in simple ways, and people appreciate that. And Fi includes men as well. It's not a women's party, it's a feminist party." 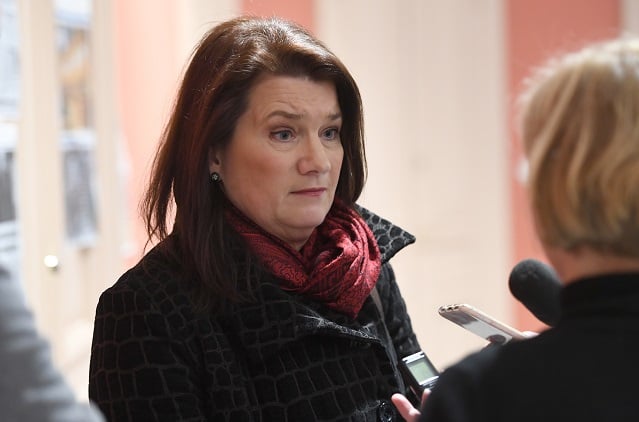