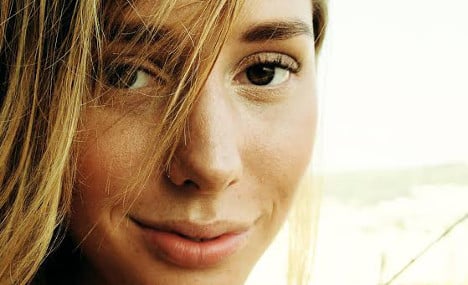 "The bottle had a big X on it," says Hanna Teman. Photo: Private.

A woman in Malmö, southern Sweden, decided to get her coffee fix at a local McDonald's. She never imagined the cappuccino would be corrosive.

"I thought it was really strange when I found out what was in my cup, especially when I saw that the substance was corrosive, it made me angry," Hanna Tenman, 24, told The Local.

Tenman explained that she started drinking the coffee at work and that her throat started burning. She then asked her colleague to take a sip. Her colleague agreed something was amiss – and then the cup began to dissolve right before their eyes.

"I went back to McDonald's to figure out what I drank," Tenman continued. "When I arrived I asked to see the bottle but the guy working there didn’t want to show it to me."

The McDonald's employee told Tenman that she wasn't the first customer to complain. The cleaning agent used in the machine hadn't been rinsed out properly, he informed her.

"I was stubborn and refused to leave until I got to see it. He called his manager and when I got to see the bottle, it had a big X on it," she explained. " I wanted to take a picture so I could later look it up, but he didn't let me."

Tenman said that the bottle noted that protective gloves and goggles should be worn when using the cleaner. The employee offered her a new coffee, and finally gave Tenman her money back when she refused.

The 24-year-old said she was unsure if she will seek compensation, but that the most important thing was to report the incident to the local government's environmental management authority, Miljöförvaltningen.

The authority contacted Tenman and said that they would pay a visit to McDonald's and examine the coffee machine.

This is not the first time Swedes have received unpleasant surprises in their coffee cups.  A remarkably similar incident – with the same cleaning fluid at a McDonald's in Stockholm – occurred in May this year.

And last year a man from Stockholm was taken to the hospital after a supermarket had managed to switch the milk tube to the coffee machine with a tube to a container of cleaning fluid.