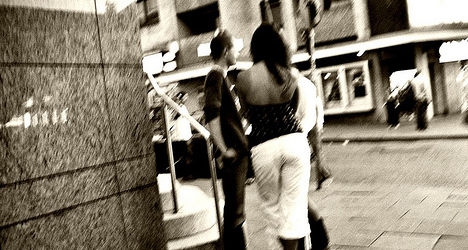 Not impressed by the cost of his illegal sex purchase, one man decided to call the police. Photo: ipi6r/Flickr

"I believe I've been cheated," the man said when interrogated by Gothenburg police. "They took way too much money from me."

At first the man just told police he had been robbed. But when police arrived at the scene, it was clear what he had been up to.

The man had met two prositutes in Rosenlund, the red-light district of Gothenburg, and paid 3,000 kronor ($436) to each of them for an hour of services, newspaper Expressen reported.

Buying sex is illegal in Sweden, and the man immediately confessed to his crime. When police asked why he had done it, his response was simple.

Sex trade in Gothenburg is a growing problem some say has developed into a full-blown slave trade, with police powerless to do anything about it.