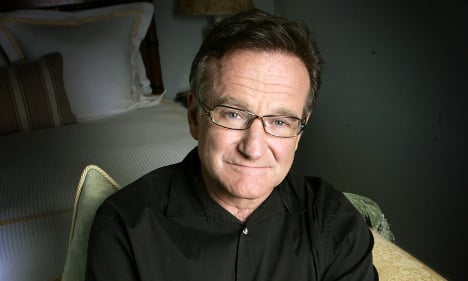 Actor Robin Williams was found dead in his home in California on Monday evening, apparently having taken his own life after bouts of serious depression. The news shocked Skarsgård when he awoke Tuesday morning, but he didn't want to speculate about the cause.

"People take their own lives for many different reasons, and it's not unusual among comedians that the comedy is a way of keeping the darkness at bay," Skarsgård told the TT news agency. "That may have been the case with him."

The two costarred in the film "Good Will Hunting", released in 1997, for which Robin Williams received an Oscar for Best Supporting Actor.

"It was like he had three brains which were constantly revving," Skarsgård recalled. "He could say absolutely anything. No take with him was like any other, and it was immensely exciting."

Skarsgård said that Williams was a very complicated person, always struggling to keep his demons at bay.

Swedish writer and director Edward af Sillén also mourned the actor, who he said inspired him to act.

"His performance in 'The Dead Poets Society' was one of the reasons I wanted to get into theatre in the first place," Sillén said. "He taught an entire generation to love literature and dare to stand up on the table to make our voices heard."