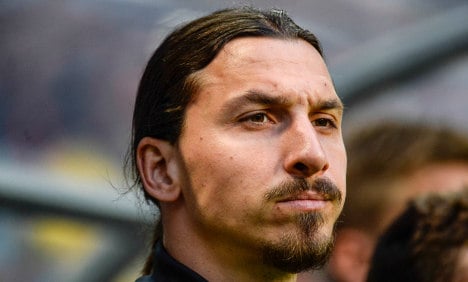 Photo: Per Larsson/TT
The team contacted the Swedish footballer and asked if he could donate a game jersey to auction off.
"He said 'What the hell are you gonna do with another jersey? How much does it cost to get there?'" the team captain, Stefan Jonson, told the Hela Hälsingland newspaper.
When Jonsson said the team needed an extra 350,000 kronor ($50,900), Ibrahimovic simply asked for an account number.
Zlatan later told the official Swedish Football website that the decision was an easy one.
"Football should be played by everyone, regardless of their gender or whether they're disabled. When we missed the World Cup, I was deeply disappointed, but when I heard about this 'unknown team', then I decided I'd do everything in my power to make sure they could experience it. It was an obvious decision."
Sweden plays its first match against Brazil on Monday night, and will play against Japan and Saudi Arabia.
The INAS World Football Championship sees athletes with intellectual disabilities compete every four years, often in the same country as the World Cup.