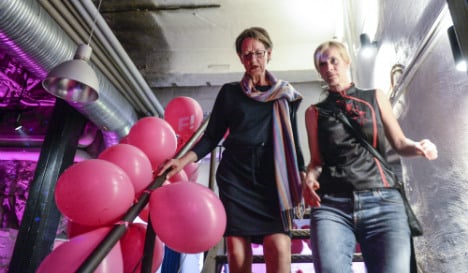 Fi spokesperson Gudrun Schyman and PR head Amanda Mogensen. Photo: TT
The Feminist Initiative (Fi), which has been enjoying a boost in support and membership since the spring, has received some 60,000 new likes on its Facebook account since Wednesday.
While this would seem like good news for any political party with a general election around the corner, the hollow faceless affection has however been rebuffed by a party spokesperson.
"Our credibility very much lies in that those who want to participate in our movement, do so of their own free will," the party's PR head Amanda Mogensen told the TT news agency.
The party has now contacted Facebook to try to get to the bottom of the matter.
According to the Resumé newspaper, the Green Party gained some 50,000 likes last week following a hacker attack with its roots in South America and there are suspicions that the Latin hackers could also behind the new-found fondness for Fi.
Political parties, and other groups, are regularly accused of buying likes to boost their image and Mogensen told the newspaper that Fi is particularly at risk owing to their recent dramatic turnaround in voter affections.
"In contrast to other parties we have a very tight budget and our communication is primarily based on volunteers and social media," she said.
"We will just have to be accountable for this and that some people may think that we have bought likes."
Fi has previously been subjected to attacks originating from Turkey which increased their number of likes dramatically and on that occasion they received help from Facebook to sort their genuine suitors from the charlatans.