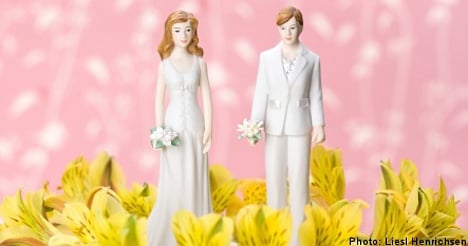 The Russian children were in line to be adopted by Swedish parents in October, but a court decision in Russia overturned the chance, effectively banning international adoptions to all countries which afforded homosexual couples equal marriage rights.
Since then, Swedish adoptive parents to 13 children have fought hard to get the children to Sweden.
On Monday, Sweden's largest adoption agency Adoptionscentrum announced that the 13 children, all of whom had met with their parents, had finally arrived in Sweden.
"I'm very glad that we've got such a great result and that the children are together with their families," Jonas Friberg, chairman of the agency's board, told The Local.
"We're going to be putting work with Russia on ice. I won't say that we're closing down operations, but we're waiting to see what will happen in future," he explained.
"We want all children to have right to grow up with parents. A children's home is no home for children. All children deserve unconditional love and it's our mission to make sure they get it."
October spelled a troubling month for Russia in the Swedish press, after politician Vitaly Milonov called homosexuals "perverts" in an interview with Sveriges Television (SVT). He argued that children were better off staying in Russian orphanages.
"The perverts? No, it is unacceptable. Homosexuals are 'perverts' and should absolutely not be allowed to adopt children," he said. "Children who grow up in that kind of environment are destroyed psychologically."
The resulting ban came hot on the heels of a law by Russian President Vladimir Putin that banned "propaganda of non-traditional sexual relations to minors".
Most adopted children in Sweden come from China, followed by South Korea, and now Russia. Friberg stressed that there will "certainly not" be any more children adopted to Sweden from Russia this year.