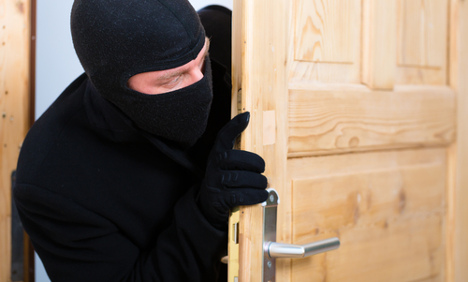 The man pictured is not the Bajsmannen. Photo:Shutterstock.
The story made headlines in the Aftonbladet newspaper after crime show Brottscentralen interviewed one of the victims.
The suspect – dubbed by the Swedish media as Bajsmannen ("The Poo Man") – remains at large in the town of Mariestad.
Hosts on the show said the incident had developed into "an unusual, uncomfortable, and utterly revolting pattern".
"A man or woman has repeatedly made their way into people's apartments and done their business in the toilet," one of the programme hosts explained.
"Without flushing, we should add," the co-host added.
Since early summer at least four households have been hit, with one of the victims, Emmeli Johansson, hit four times alone.
She rued the fact that neither her landlord nor the police took her report seriously, and explained that she was forced to change her own locks.
Back on the crime show, the hosts reminded the viewers that the crime was actually a serious one.
"It's easy to laugh about it, but it's really uncomfortable when you realize that a pattern is developing," they said.
An anonymous caller to The Local explained that the suspect could be "the legendary poop man" who hits music festivals around the country, covering himself in human excrement from the festivals' portable toilets. The caller's claims remain unconfirmed.