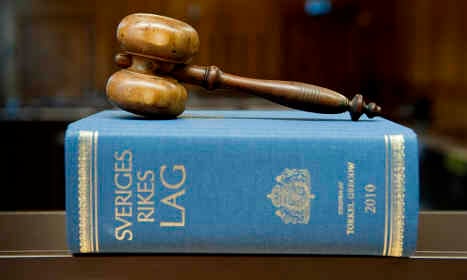 The Nyköping District Court sentenced the 37-year-old man on Friday to two years and six months in prison. He was also charged a total of 175,000 kronor ($25,400) in damages, reported Sveriges Television (SVT).

The man called for medical help back in March when we claimed to have heard a cracking sound while giving one of the twins a massage for colic, a pain caused by muscular contractions which affects a lot of premature babies. He told emergency staff that he feared the child's leg was dislocated.

The child was taken to hospital, where an X-ray showed a bone fracture on the boy's leg, as well as several other fractures on the ribs and wrists.

The man was then arrested on suspicion of aggravated assault when doctors found similar injuries on the child's brother.

The 37-year-old denied the charges but according to the prosecutors medical experts, the injuries were caused by beatings and shakes.

Both children were taken in for social care.