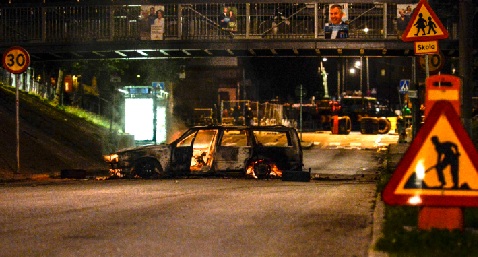 By 2am Rinkeby was again calm, although police remained on the scene along with six fire trucks and an ambulance.

"We're sitting tight for a while to make sure the trouble doesn't blaze up again," said firefighter Jarmo Hokkanen Carlsten at the time.

Rinkeby, a district of Västerort in Stockholm, was one of several areas which saw violent unrest in 2013, with up to 30 fires a night and several police injured by stones.