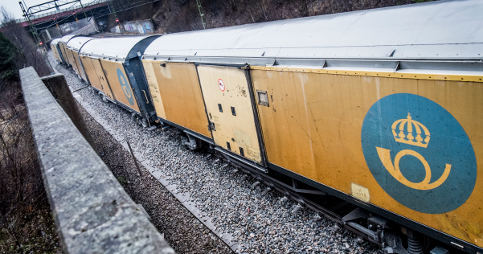 "It's the sort of think you only see in movies, but it was for real," Hans Berged, emergency rescue officer in Karlstad, central Sweden, told paper Värmlands Dagbladet.

The elderly woman was walking along the train tracks near the station in nearby Grums.

When a freight train came speeding along she was caught between the rails, right in the middle of the tracks – whether by accident or intent is unclear.

The train driver stopped the train and saw the old woman crawl out from under the locomotive.

The driver went into shock and was taken off duty. The woman, on the other hand, left the scene unharmed.