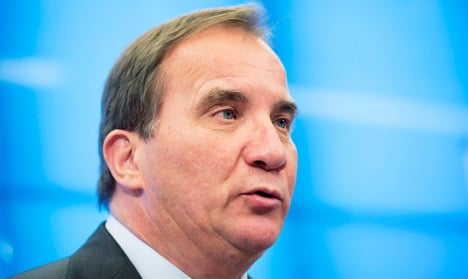 "The 90-day guarantee is the most important part of our campaign," Löfven stated on Friday. "It's a future reform which will give young people hope for the future."

The scheme, which carries a price tag of 6 billion kronor ($863 million), would create 50,000 new jobs and internship positions, the party leader said.

Löfven presented statistics showing that Sweden's youth unemployment rates were significantly higher than those of its neighbours, at 23.9 percent for those between ages 15 and 24, compared with just 12.4 percent in Denmark.

With the primary goal of changing these numbers, the party announced that it wanted to make Sweden the EU country with the lowest unemployment rates in 2020.

"The government's ineffective tax reductions, and cuts to both high schools and vocational programmes, have obviously not worked," the party wrote in a campaign statement, saying that a new plan was needed.

The youth job guarantee is the key factor of the plan, and Löfven said that all young Swedes involved would be "matched" to a job, internship, or educational programme within 90 days.

Young Swedes taking part in the programme would first be required to get a high school diploma, if lacking. The Social Democrats would "develop the education system"  to open up 13,000 additional education spots, 32,000 trainee jobs within the public sector, and 5,000 jobs and internships in the private sector.

Investments in infrastructure and housing would also be an essential part of the strategy.

The party announced that the 90-day job guarantee would be its "first decision in government" – although the Alliance has pointed the finger at the Social Democrats for not even knowing what their government would look like.

Finance Minister Anders Borg dismissed Löfven's proposal on Friday, saying that the programme was a dead-end.

Phase 3 (Fas 3) is the third part of the jobs and development guarantee policy which the current centre-right Alliance government introduced in 2007. Through this scheme, companies are paid by the state to assign tasks to long-term unemployed people.

However, the scheme caused conflict among politicians and employers, as its rules were designed so that phase 3 participants were given tasks that would otherwise not have been carried out.

In May this year Löfven stated that he would "free everyone from Phase 3, young and old", slamming the Alliance's "mock solution" to long-term unemployment.