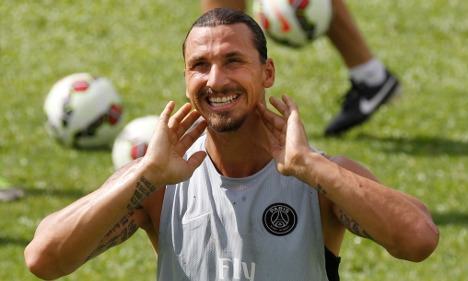 The Swede, who scored a club record 41 goals in all competitions last season, came off early in the 2-0 home win against Bastia a fortnight ago and missed last week's 0-0 draw at Evian with the injury.

However, he has recovered in time to be named in the squad to face Saint-Etienne, with PSG coach Laurent Blanc stating:

"He is fine, he has been training without any problems since Tuesday. He will be in the squad. Will he start? You will see."

Ezequiel Lavezzi and Adrien Rabiot, who could both leave the club before the transfer window closes on Monday, are both left out of the squad, however.