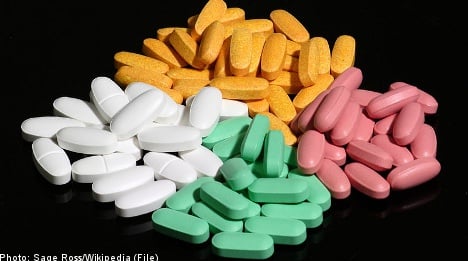 Officers discovered more than 37 kilogrammes of amphetamines hidden in woods near Härryda, with a street value of at least 10 million kronor ($1.4 million), according to the Borås Tidning newspaper.

"I am not aware of any case where so many amphetamines have been found," chief prosecutor Sven Urban Sprig told the paper.

"It is simply a very big issue and a huge seizure," he added.

The finding followed the sentencing of two other men for drug offences in summer 2013.

Police used camera surveillance and sniffer dogs in the forest to lead them to further drug stashes in the region and to track down the third offender, who denied the charges against him.