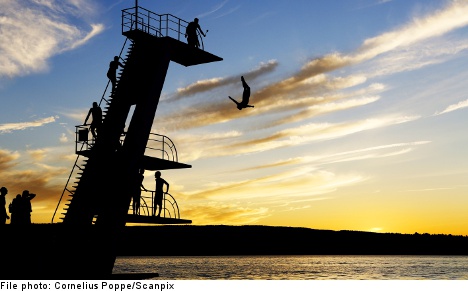 Think it's time to grab the gloves and scarves from the cupboards? Think again.
Warm winds from the east promise a late summer burst for Sweden, leaving meteorologists beaming too.
"Things are looking really good. There's a high-pressure system on the way from Russia, which will mean exceptional weather, and long periods of sun in the west," Cecilia Villanger, a Storm meteorologist, told the Expressen newspaper.
The best weather will be on Wednesday and Thursday with temperatures expected to reach the mid-twenties, she said, adding that the sun will shine the strongest in Västra Götaland and Värmland.
Southern Sweden could enjoy the extended summer for even longer, with the sun expected to hang around until early next week when the temperatures will drop to their usual September chill.

IN PICTURES: Click here to see what the Swedes do when summer's over