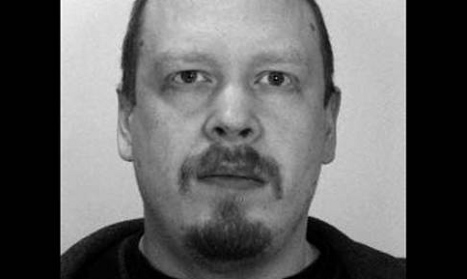 The man was found guilty of stabbing the child to death outside her pre-school in Arvika. He said at the time that the unprovoked attack was a result of "voices in his head".

As The Local reported on Monday, the 34-year-old escaped from a psychiatric hospital in Kristinehamn on Sunday during an hour-long break, in which patients are allowed to be in a fenced-in outdoor area without being supervised.

It is understood that he disappeared with a 30-year-old woman who was also a patient at the centre.

Police in Värmland released a photo of the man and say he was wearing black sweatpants with white stripes and a black T-shirt when he went missing. The woman was wearing a jacket with a fur collar, tight black trousers and a grey sweatshirt.

Detectives issued a nationwide alert are working with international customs officials and the world police body Interpol to widen the search for the pair.

Shortly after 4pm on Tuesday, police arrested the man in Malmö. Officers said the arrest was carried out without incident. The man will now be taken back to the psychiatric ward.