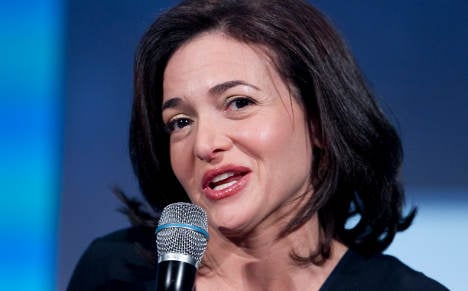 The COO, who became a global symbol in the fight for women’s empowerment after the release of her book Lean In, has told The Local's blogger Natalia Brzezinski that she believes too many women from Sweden and elsewhere "suffer from the tyranny of low expectations".

Sandberg spoke to The Local on the eve of Stockholm’s major Tech Fest conference, which begins on Thursday night with a major women in tech forum.

Despite Sweden's a global reputation for gender equality and its tax-subsidised daycare system for children, it has a slightly smaller proportion of female CEOs and representatives on company boards than the US.

Around 4 percent of CEOs in Sweden are women, compared with about 5 percent in America. The world average is around 7 percent.

"Policies are important – we need public policy reform and institutional reform – but we also need all of us to become aware of our cultural stereotypes and how they hold women back," said Sandberg, who also spoke about one of Sweden's neighbours.

"Look at a country like Norway: it has the some of best public policy in the world yet only 3.4 percent of women run their big companies," she added.

Her comments come on the same day Sweden's feminist party achieved record success at the polls.

The Local will be blogging from the Stockholm Tech Fest on Friday, where Facebook will be joined by companies from across Europe and the US.