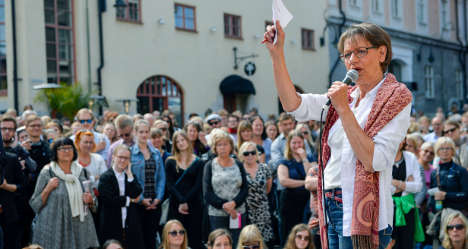 Swedish parties need to win 4 percent of the vote before they can get a seat in the country's Riksdag and the Feminist Initiative as it is known in Sweden has now reached that target.
Previous pre-election surveys by the Dagens Nyheter newspaper and polling body Ipsos suggested the Feminist party had the support of around 3 percent of voters.
The party's key message is that Sweden’s image as a tolerant, equal society is not a reality and it is campaigning to abolish sexism. It wants tougher action to ensure equal pay for women and to cut domestic violence.
Backed by ABBA's Benny Anderson and led by former Left Party head Gudrun Schyman, the party is also in favour of a six-hour work day and wants mothers and fathers to split parental leave evenly.
Sweden's elections – who's who?