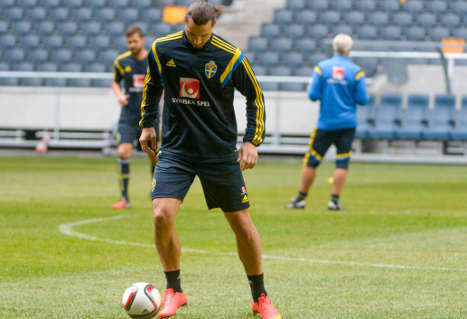 Zlatan Ibrahimovic was spotted training with his national side on Wednesday, just three days after scoring three times for Ligue 1 champions Paris Saint-Germain as they crushed Sainte Etienne 5-0 at Parc des Princes at the weekend.

The 32-year-old appeared to be in good form but Sweden's coach Erik Hamren later told a news conference that he has a throat problem and may not be well enough to play.

"There's a little question mark over Zlatan, he was only allowed to train for 30 minutes today," Hamren told a news conference on Wednesday.

The country missed out on a spot in the World Cup in Brazil after losing a two-legged playoff to Portugal.

Tonight's match comes ahead of their first Euro 2016 qualifying game on Monday, when they will travel to Austria.