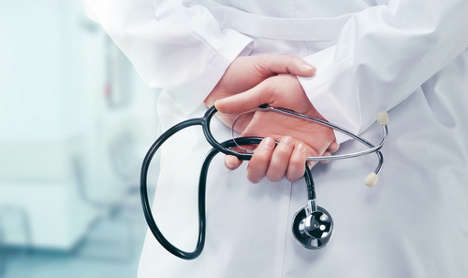 The patient, a woman in her late twenties, reported the gynaecologist to health officials after her first and last visit to his office in Uddevalla.

In her complaint, the woman said she and the doctor first spoke briefly about a relatively minor problem she’d had for a few years.

He then asked her to remove her clothing and apparently joked:

“Here’s someone who hasn’t had much intercourse.”

The woman claimed he also pressed a finger against her clitoris, causing her pain.

“I don’t understand this,” she wrote in a letter of complaint.

“I didn’t ask for an examination and I feel violated,” she added.

She said the doctor told her:

“As soon as a guy’s willy rises he wants to get straight into that good stuff, but the girl’s not always ready. There’s your problem!”

The patient said she assured the doctor that this most certainly was not her problem. As she became ever more uncomfortable, she eventually sat up, holding her legs together to stop him looking at her.

But she said the doctor continued to make fun of her, saying "the shop's closed" and mimicking her pained facial expressions.

“To think that a doctor has worked in the health system for 30 years and behaved like this; so many people must have felt they were treated badly by him and I would like to do something about it and report him somewhere, " she wrote.

The Health and Social Care Inspectorate said it had investigated the case but decided to close it due to the doctor’s imminent retirement.

In its written decision, the inspectorate concluded:

“As the gynacologist intends to retire and end his career as a doctor, the inspectorate does not see a reason to investigate further.”