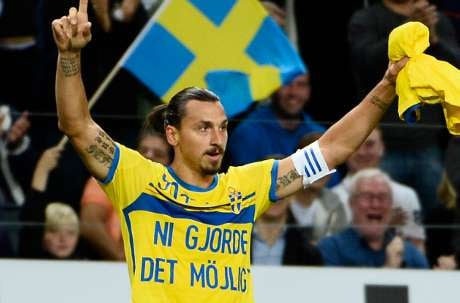 That goal broke Sven Rydell's tally of 49 goals, which had stood since 1932.

There had been doubts about the star's ability to play in the match after Sweden coach Erik Hamrén told a news conference on Wednesday that the PSG forward had a throat problem.

But he was on top form at the Friends Arena in Solna in greater Stockholm.

32-year-old Ibrahimovic earned his 99th international cap at the match, with his 100th set to come in Monday's Euro 2016 qualifier against Austria.

The Swede scored a club record 41 goals in all competitions for French champions PSG last season.