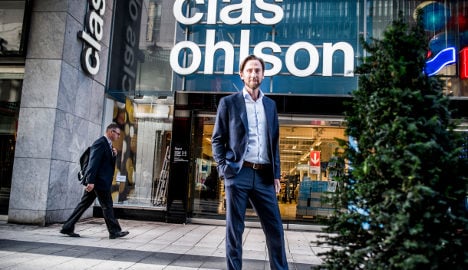 Clas Ohlson said its quarterly operating profit was 102 million kronor ($14 million) on Thursday, compared to a forecast of 115 million kronor seen by the Reuters news agency.

The company, which sells home, technology and craft products said that the dip was mainly due to changing exchange rates and advanced deals based on predicted currency conversions.

"The second quarter has started well with a 9 percent sales increase in August, despite a negative calendar effect of about 2 percent," Chief Executive Klas Balkow told Reuters.

Sales in May-July increased by 9 percent to 1.64 billion crowns, in line with expectations.

"Our market position is solid and it is particularly gratifying that our operations outside the Nordic region grew by a full 38 percent," added Balkow.

Clas Ohlson said it was continuing its international expansion and planned at least one additional store in the Gulf region and one to two in Germany during the next calendar year.