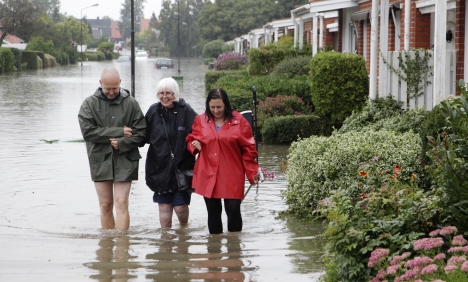 More than 4,000 claims totaling around 250 million kronor ($35.3 million) have been made by customers of the three biggest insurance firms in Sweden, according to Sveriges Radio.

Hundreds of cars and thousands of homes were damaged as roads became flooded. Some people were forced to swim to safety.

"It is totally exceptional! People that have worked a long time with insurance in Skåne say that it is the worst they have ever seen," Ingemar Helgesson from the Länsförsäkringar Skåne insurance company told news agency TT.