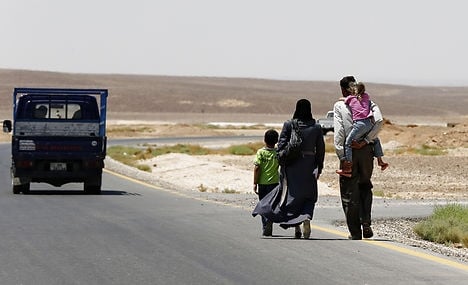 Sweden is expected to take in as many as 100,000 refugees this year. Photo: Muhammad Hamed/Scanpix
With Sweden taking in a record number of asylum seekers – 340,000 are expected over the next four years – Danish politicians are warning of the negative impact the influx could have on Denmark.
“The many Syrians who are coming to Sweden as refugees will become Swedish citizens in a matter of a few years. And with the agreements we have among the Nordic nations, there is nothing to stop them from then immediately moving to Denmark – without a Danish residence permit – and receiving welfare benefits from day one. It is a big danger,” Søren Espersen of the Danish People’s Party told Berlingske.
Espersen called on the Danish government to express “Danish concerns about the completely excessive immigration underway in Sweden” to their Swedish colleagues.
Denmark accepted 3,889 refugees in 2013 while Sweden opened its doors to more than 28,000. Sweden is expected to take in as many as 100,000 refugees in 2014.
Read the full story at The Local Denmark