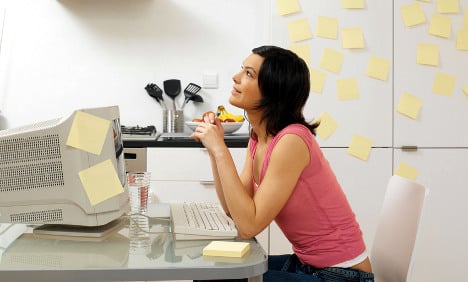 Photo: Victor1558/Flickr
Sweden must have rich soil for entrepreneurs. Stockholm alone has produced behemoths in the start-up scene including Spotify, Skype, and Mojang – which was sold to Microsoft for $2.5 billion on Monday.
And players on Sweden's start-up scene are surely licking their lips with the news that Kickstarter plans to open its gates in Sweden next month.
"We chose to launch in Sweden because we know there is a huge creative community there, with a history of great ideas that have a major cultural impact," Kickstarter spokeswoman Julie Wood told The Local.
But the US company, which has already seen great success abroad with over $1 billion pledged, is not the only crowd-funding operation in Sweden. It joins FundedByMe, Sweden's largest crowd-funding company, as well as a handful of other smaller operations.
"We're huge fans of them, everyone is," FundedByMe CEO Daniel Daboczy told The Local.
He was quick to add that FundedByMe was in fact inspired by Kickstarter after he realized that he couldn't pitch an idea due to "not being American".

Children playing Minecraft, a product of Mojang. Photo: TT
FundedByMe boasts over 40,000 international investors, and co-founder Arno Smit said he hopes the company can team up with Kickstarter to educate the Nordics on the benefits of crowd-funding.
Smit added that the two companies shouldn't be treading too much on each other's toes, with Kickstarter more focused on creative projects – like music and the arts – while FundedByMe works more on growing and expanding businesses, as well as offering reward and equity based crowd-funding, and loans.
"For us, it's about the guy who wants to start a cafe. How will he get funding? How can he expand?'" he said.
FundedByMe is one of many young start-ups with head offices at Stockholm's start-up collective SUP46, which cherry-picks start-up companies, shares office space with them, and pulls together to work on global success.
Co-founder of SUP46, Sebastian Fuchs, said that Kickstarter's move to open in Scandinavia marked a "very natural evolution of Sweden's attractive tech scene".
"In Sweden, and Stockholm in particular, we're seeing entrepreneurs who are really making things happen – taking things from the idea phase to the execution and often with great success." he said. "It's a maturing ecosystem and an exciting place to start projects."
He added that the sale of Mojang to Microsoft this week has already made echoes in the gaming industry, with a boom in investors keen to learn more about other games on offer in Sweden.
"I know for a fact that entrepreneurs here are looking not only for capital to help get projects running, but also customers, and crowd-funding is a good way to do both."
"And even though the Swedish players in crowd-funding have been very successful, there's definitely room for more players."
One entrepreneur in Sweden who's no stranger to crowd-funding on Kickstarter is Petter Danielson, one of the co-founders of a children's toy product called Strawbees. The toy is based on a cheap plastic product – a Strawbee – that allows normal drinking straws to be linked together to build 3D shapes. Strawbees in action. Photo: Strawbees
Together with his two Swedish colleagues, Danielson has had a roaring success thanks to the US version of Kickstarter after 1,743 people donated over $90,000 – well over their goal of $20,000.
But this Swede, at least, isn't convinced having a Swedish arm of the crowd-funding giant will guarantee a platform for success.
"If Kickstarter had of been in Sweden when we launched then of course it would be have been simpler legally speaking," he told The Local, adding that the team wouldn't have needed "the workaround" of an American partner and bank account.
"Having said that, America is where the audience is, it's where the interest is, and it's where the buyers are."
Kickstarter in Sweden, he argued, would be best suited for those seeking a more Swedish approach to their idea.
"If it was a Swedish band trying to get ten shows for Swedish audiences, for example, then I can see the benefits of the Swedish approach," he explained.
Kickstarter Sweden, which will be based on donations of Swedish kronor, is already open for people to plan projects and opens the floodgates to the public in October.